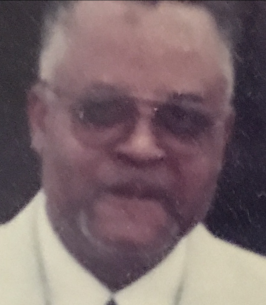 
Alton, known by his middle name Bruce, was born in New Bern, NC on March 19, 1932 to Julia Jordan and Ephraim Kinsey.


The Kinsey family moved up to Edgecombe Avenue in Manhattan, where they attended the Williams Institutional CME Church. There, Bruce sang in the choir, sharing his beautiful baritone voice. He also belonged to a street corner doo-wop group with his best friend Fred Baker.


He had to leave school in eighth grade to support his family, and self-educated himself up until high school. Bruce was able to pass his G.E.D. exam to receive his certificate.


He eventually met his first wife Jacqueline Brown, of Sugar Hill. They lived amongst celebrities, such as Leslie Uggams and Billie Holiday, and were in the mix of the Harlem Renaissance. They loved going to the Audubon Ballroom to dance the Lindy Hop and the Bop. People there and elsewhere often had mistaken him for Harry Belafonte. Together, they had three children: Alton Bruce II, Gary, and Robin. His father-in-law, Walter T. Brown, owned a restaurant in Manhattan’s financial district and was later an influence in Bruce’s journey as an entrepreneur.


On March 6, 1952, not long before Bruce’s first child was born, his choir was invited to sing at "NAACP's Great Night" at Madison Square Garden. Others on the bill were: Tallulah Bankhead, Jimmy Durante, Ella Fitzgerald, Sidney Poitier, Nipsey Russell, and Ed Sullivan. It was truly a night to remember! He has also performed once at Carnegie Hall.


In the early 1960s, Bruce and Jackie got divorced, and he later re-married Barbara A. DeNyse of Greenwich Village, who worked as an executive secretary. They had three children together: Paul, Lisa, and Beth. Barbara became a stay-at-home mother, who dedicated her time raising their three children and helping to run the household.


After working at Turberg Press, where he mastered typesetting and offset printing, Bruce became an entrepreneur for the first time by co-founding Kinslear Graphics, a commercial printing company in Greenwich Village, followed by founding Albapali, an import/export business, where his wife Barbara was the secretary. Bruce continued his entrepreneurial endeavours by purchasing limos that he drove on the side, opened a soul food restaurant named Courts Cafe in Hempstead, NY, owned a bus and used it often for Native American affairs, and was also a lieutenant and private investigator at a detective bureau. He also rented a Good Humor truck many summers and along with Paul and Lisa, drove to every borough to sell ice cream. Reckson Associates brought him in as their Corporate Executive Chauffeur and became an intricate part of their family. At one time, Bruce also drove a NYC taxi cab. He loved attending the opera, due to his passion for singing German operas. Additionally, he was an avid outdoorsman who enjoyed camping, on and offshore fresh and saltwater fishing, and deer hunting with the ability to butcher venison. He also loved cooking and was a sports enthusiast.


Bruce, along with his son Paul, promoted the first ever Native American Heritage Day Parade in Manhattan. He was named Chief Soholi, a white/ceremonial chief of the Cherokee/Blackfeet Cultural Circle based out of Jamaica, Queens after the event, and sat on the organization’s board. Bruce went on to promote multiple pow wows in his base of Flushing Meadows Park. In his true nature, he continued his path of learning by taking Cherokee language classes.


Alton Bruce Kinsey, Sr. never ceased in learning something new, and was often self-taught. This is a characteristic of gifted people, and he shared many of his gifts with the New York Metropolitan Area. He was the epitome of a renaissance man. Bruce and Barbara celebrated beyond their golden anniversary, having been married for 56 years!


Preceding Bruce are his brothers Ephraim and (Edison) Earl, Sr., his sister Mary, his niece Jeanette, and his daughter-in-law Gloria.

All rights reserved. This obituary is also archived at obittree.com